The Colby-Curtis Museum is housed in Carrollcroft, a magnificent heritage home built in 1859 by Dr. Moses French Colby.

Our Mission
The mission of the Stanstead Historical Society is to collect, preserve and pass on a knowledge and appreciation of all the people who have ever called our border community home. It is to maintain a record of the way each succeeding generation lived so that those who follow will be able to open a window on history and learn from the life and culture of those who have gone before. This mission will be accomplished with the active involvement of the membership of the Stanstead Historical Society and through exhibitions using the archives and collections of the Stanstead Historical Society and the archives and collections donated by the Colby family and by preserving “Carrollcroft,” the home of the Colby family since 1859.
Guiding Principles
1. To make the Society’s collections, including the Archives, the Stanstead Historical Society’s collection, the Colby Family Collection and any future acquisitions or collections easily and universally accessible 2. To have a commitment to excellence in research, exhibitions, interpretive programs and publications. 3. To encourage deeper understanding and appreciation of the area, and to continue to research, document and record the history of this unique border area. 4. To use the collections to help museum audiences understand the social, industrial, institutional, and professional history of the area, as well as the everyday lives of their ancestors. 5. To work with other historical societies, museums and educational institutions, sharing research, exhibitions and experience. 6. To continue to maintain memberships in and actively participate with relevant professional societies. 7. To abide by the established collection policy. 8. To use the museum as a hub from which to reach out into the community and to tie in the history of the Colby family with that of the area by means of lively and imaginative programs. 9. To respect the guidelines and to review them periodically.
Our History
While the collection of documents and artefacts was among its principal aims since its foundation in 1929, the Stanstead Historical Society did not posses adequate space for the presentation of its collection until 1973. In that year, Charles C. Colby and Arthur Curtis were instrumental in funding the first actual museum, which was named in their honour: The Colby-Curtis Museum. The converted schoolhouse in Beebe that housed the museum was a delight for members and visitors who could now, for the first time, enjoy full access to the Society’s archival documents and collections. In order to house the Society’s extensive agricultural collection, Lady Banting lent the Society the use of her barn in Rock Island.   In 1986, the Society sold the converted school in Beebe and bought a property in Stanstead, the former R.C.M.P. building on Dufferin Street, in order to accommodate the collection. Finally, in 1992, the Colby family donated their magnificent ancestral home, “Carrollcroft,” with all its contents to the Stanstead Historical Society. Since then, Carrollcroft, a classical Revival-style villa, built in 1859, has been the home for the Colby-Curtis Museum.
A House Museum
Dr. Moses French Colby built the imposing cut granite Georgian villa called “Carrollcroft” in 1859. A fieldstone extension was later added by his son, the lawyer and politician Charles Carroll Colby. Still later, when Moses Colby’s grandson, Dr. John Child Colby, began his medical practice in 1905, the building was again enlarged to accommodate a doctor’s office. The building has been home to the Colby-Curtis museum since 1992. While Carrollcroft, together with its gardens and adjacent stable and carriage house, tells the story of a prominent Stanstead family, a continuous program of temporary exhibitions provides insight into the fascinating social and cultural history of Stanstead County.
Museum Staff

The Colby-Curtis Museum receives financial support from the town of Stanstead and the Ministère de la Culture et des Communications. 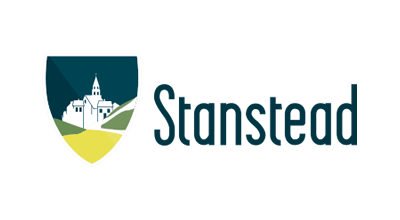